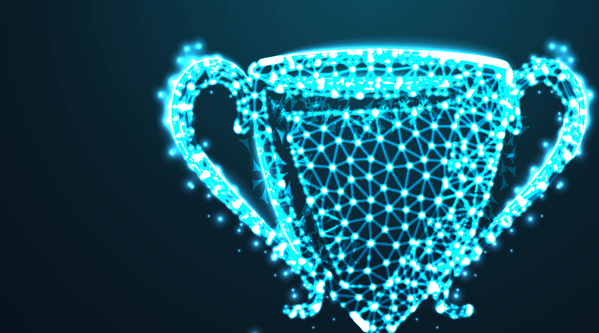 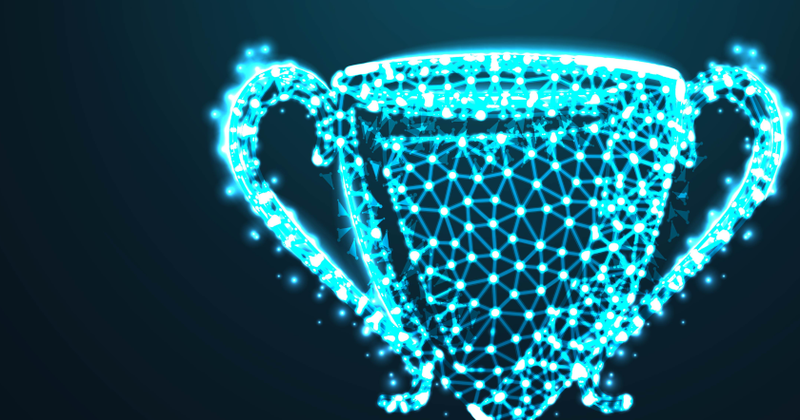 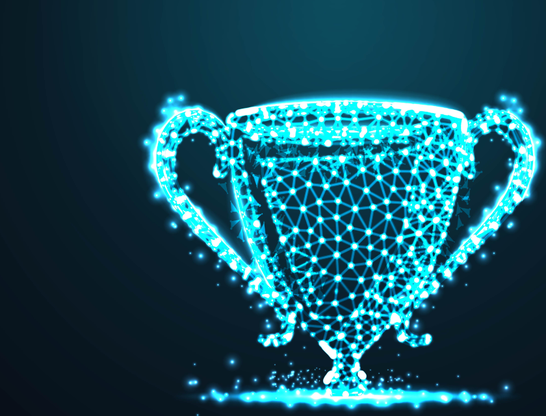 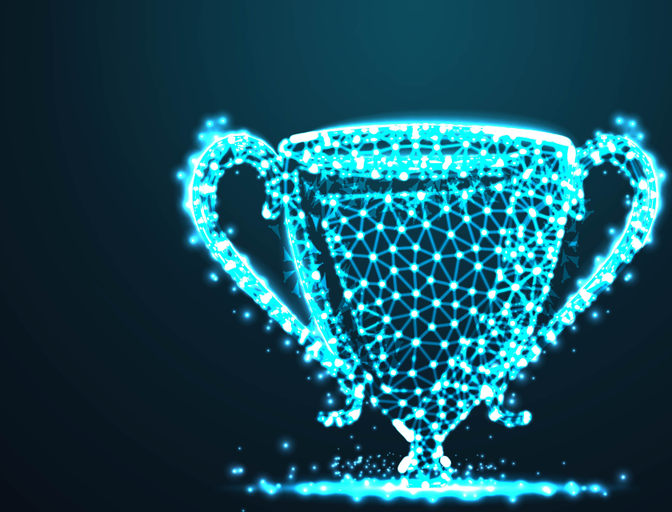 Customer loyalty has been fittingly described by Oracle—the second-largest software company in the world—as an ongoing “emotional relationship” between a business and its customers. It manifests itself in how willing a customer is to engage and repeatedly purchase from a business as opposed to its competitors. In other words, loyalty is the ultimate byproduct of a customer’s positive experiences with a company that works to create a long-lasting bond or trust.

For retail businesses, especially those with a significant ecommerce presence, the concept of customer loyalty or retention goes way beyond the bargain-ladened “discount culture” of who has the lowest price or offers the steepest cuts at any given time. It is truly a psychological phenomenon grounded in several other emotionally-based concepts such as trust, social proof, and the perception of a positive experience.

Oracle noted several important characteristics that typically describe loyal customers. Loyal customers purchase repeatedly, use what they purchase, interact through a variety of different channels, and are a company’s biggest proponents. A very valuable confluence of customer traits for any successful business.

So, how can an online retail business take full advantage of achieving customer loyalty to respectfully increase future revenue? Well, one proven method is to establish a customer loyalty program, more specifically, a paid membership and rewards program that integrates flawlessly with a business’s ecommerce platform.

Each of these financial benefits will be explored below. The overall purpose is to provide decision makers in retail and ecommerce organizations with a better understanding of this proven and powerful approach for enhancing customer loyalty while increasing revenue and driving sales for products.

Today, many loyalty programs offered by online retailers are free to the consumer. Just about every business has one of these free loyalty programs. Traditionally, consumers sign up, receive a card, make purchases, rack up points, and redeem rewards towards future purchases. Rinse and repeat.

These free programs are designed to appeal to the most people possible with little to no differentiation or personalization. On its website, Statista reported that a survey conducted among consumers in the United States gauging their use of loyalty programs from 2015 to 2021 found:

It might be concluded that the presence of so many “free” loyalty programs have become a “dime a dozen” or a bit so plentiful to be valueless. It also begs the question that if a consumer has a loyalty card for every retailor in the same space, is that really loyalty?

Well, there’s a better way for a retail or ecommerce business to offer a premium loyalty program that is more specifically targeted to capture uber-loyal customers—a paid membership program that provides recurring revenue. If done right, it is actually another income stream or potential profit center for a retail business. A recurring revenue model provides value even when customers are not shopping.

Paid membership programs are now part of what has been dubbed the “premium loyalty movement.” These programs are gaining huge traction today, especially in the retail and ecommerce space. The word premium most often denotes something of exceptional quality or greater value than others of its kind. That is precisely why an ecommerce business can appropriately charge its customers for it.

By comparison, garden-variety free customer loyalty programs require transactions by customers first and provide rewards later, resulting in delayed gratification. However, with a premium loyalty program, members pay a recurring fee for benefits that can be used right away. These programs can provide a steady and predictable income stream when properly adjusted for attrition (churn rate) and new memberships rates. For businesses, a recurring revenue makes the forecasting process much more accurate.

To illustrate on a large scale, let’s look at the king of ecommerce—Amazon. In 2020, it has been estimated that Amazon collected $25+ billion in revenue for its subscription services primarily consisting of Prime memberships for loyal customers. Amazon is even raising the annual cost of its membership for its estimated 126 million U.S. subscribers to $139 in 2022. As soon as a customer joins this paid membership program, they get many premium benefits including free shipping.

In an article that appeared in the Herald-Tribune with the headline “Customer Loyalty Through Recurring Revenue,” it was suggested that recurring revenue streams are a beautiful thing because rather than beginning the month or year at zero, a business now has a starting base that can be grown. Management teams and investors are rarely surprised by major fluctuations in financial results.

In other words, if a retailor or ecommerce business can monetize its existing customer base by establishing long-term relationships with paid memberships, it will be way ahead as compared to just selling one-offs. An added bonus of establishing a recurring revenue stream from a paid membership program also occurs at the time a business is sold. In these scenarios, recurring and predictable revenue almost always takes center stage.

If designed and structured correctly, a paid membership customer loyalty program—that attracts the most committed and qualified members—can more quickly generate a significant ROI for a business due to the recurring membership fee paid upfront. Also, revenue generated from paid memberships can offset the cost of rewards while also driving additional sales and average order value (AOV) from loyal customers. Loyal customers, especially those who are really engaged by purchasing a paid membership, tend to spend more money with an online retailor than other customers.

Paid memberships programs are the new loyalty for customer retention. They are not a tactic but a long-term strategy that can generate substantial ROI. By charging a membership fee, retail and ecommerce businesses will attract their most loyal customers and be able to offer the best and most differentiated experiences of the brand possible. Businesses can choose the most attractive benefits and generous perks they want to offer.

Meanwhile, customers can engage with the program 24/7/365 providing a business with important data about their best and most loyal customers. With the right type of ecommerce platform in place, analytics for this information can be generated offering valuable insights. These insights can then form the basis for data-driven decision making that can further increase the ROI of a paid membership program. Additionally, this process can be further empowered through machine learning (ML) techniques and artificial intelligence (AI).

Basically, ROI goes up as loyal customers are delighted with a paid membership program, businesses enjoy increased customer engagement, order frequency, and AOV. All of which enhances the lifetime value of the customer for a retail or ecommerce business. Remember, according to a study by Bain & Company, Inc., a small increase in customer retention (5%) has the potential to increase profitability by 25%-95%.

The notorious “discount culture,” also sometimes coined “Markdown Mayhem” is the detrimental practice of trying to outbid competitors with bigger and steeper discounts to attract customers through rampant price cutting. It harms businesses, consumers, and the overall economy on multiple levels.

The obvious harm it is causing retail and ecommerce businesses is two-fold: First, discount culture damages profit margins by needlessly lowering prices while engaging in a constant war to the bottom with competitors. Second, it conditions customers over time to base their purchase decision solely on price alone.

Loyalty programs, especially paid memberships, keep the most engaged customers around by using other types of attractive incentives. This desensitizes customers to the harmful practice of just chasing price cuts that inevitably result in abandonment the moment a competitor charges a dollar less.

Effectively using a paid membership loyalty program moves customers away from the mentality of discount culture. It preserves them as a customer—resulting in increased revenues—even when a competitor temporarily lowers its pricing in a futile attempt to steal customers away.

In her book Cheap: The High Cost of Discount Culture, Ellen Ruppel Shell eloquently presents how the pervasive, yet little-examined obsession with bargains has been a powerful and devastating market force that has fueled an excess of consumerism that escalates personal debt, blights the landscape, and lowers the standard of living. By establishing a well-planned paid membership program, retail and ecommerce businesses can help reverse this trend by promoting loyalty and repeat sales through appealing incentives rather than haphazardly slashing prices all over the place.

So, to sum up, a paid membership program is an excellent way to build loyalty for high-value customers. Simply put, a brand offers access to exclusive benefits to its best customers in exchange for a recurring monthly or annual payment.

If done correctly, a retail or ecommerce business should see an immediate increase in revenue from these paid memberships that are paid in advance. These paid memberships provide a predictable, recurring income; a significant ROI; and move customers away from the downward spiraling discount culture that is ultimately harmful for everyone. These programs can also be seamlessly integrated with an organization’s ecommerce platform.

You can find parts 2 and 3 of this blog series below:
Capturing Customer Loyalty With Paid Membership and Reward Programs, Part 2

A Community of Practice Team work and supporting each other through learning and cooperation helps businesses and projects alike succeed. 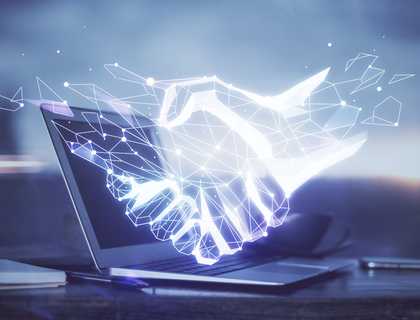 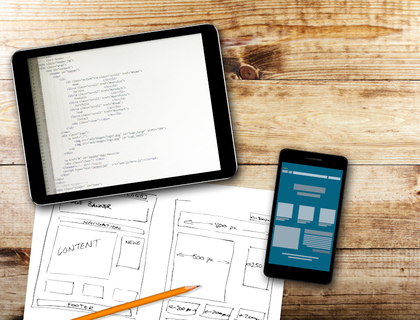